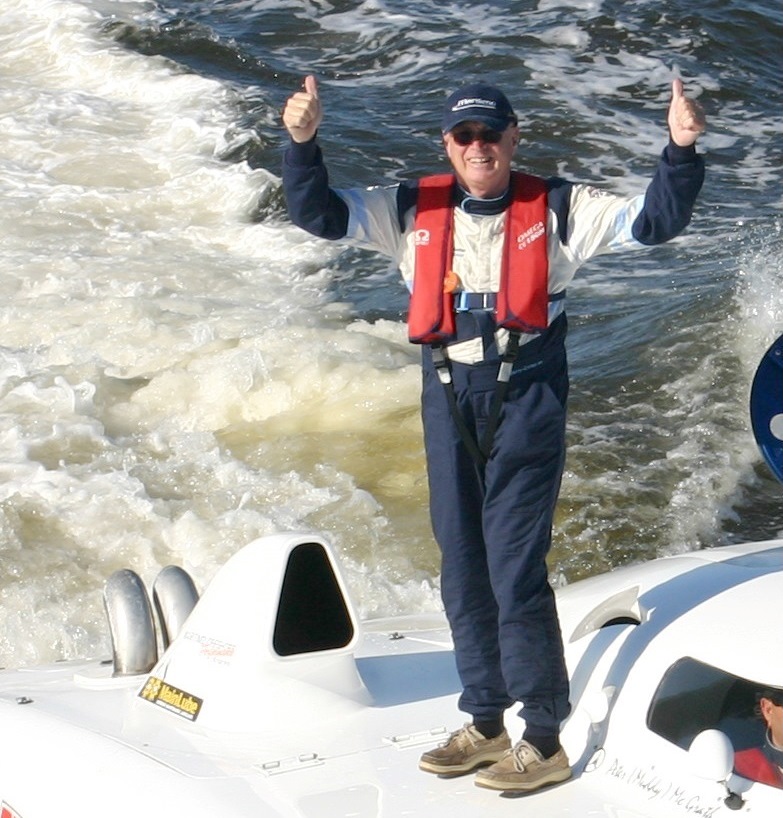 The award was for significant service to the maritime construction industry, to powerboat racing and as a benefactor and supporter of charitable organizations.  Since starting as an apprentice in 1960 in Sydney, Bill whe  been instrumental in setting up two major boatbuilding firms – first Riveria, and then of course Maritimo.

Whilst we felt this award was overdue, Bill was left a little surprised!  This is what he said:  “It came as a surprise to me and I feel very humbled by it.  I love doing what I do and over a period of 50 years you just get on with it and keep doing what you like.  Boat manufacturing has been my whole life and the role I have played in the industry has been done out of passion and commitment to it.  I never expected to be given any sort of accolade, but an award such as this does make you reflect and take stock. I am fortunate that I have a talented and devoted team working along with me and we are producing a product that is world class.  It’s is nice to be recognised for that.”