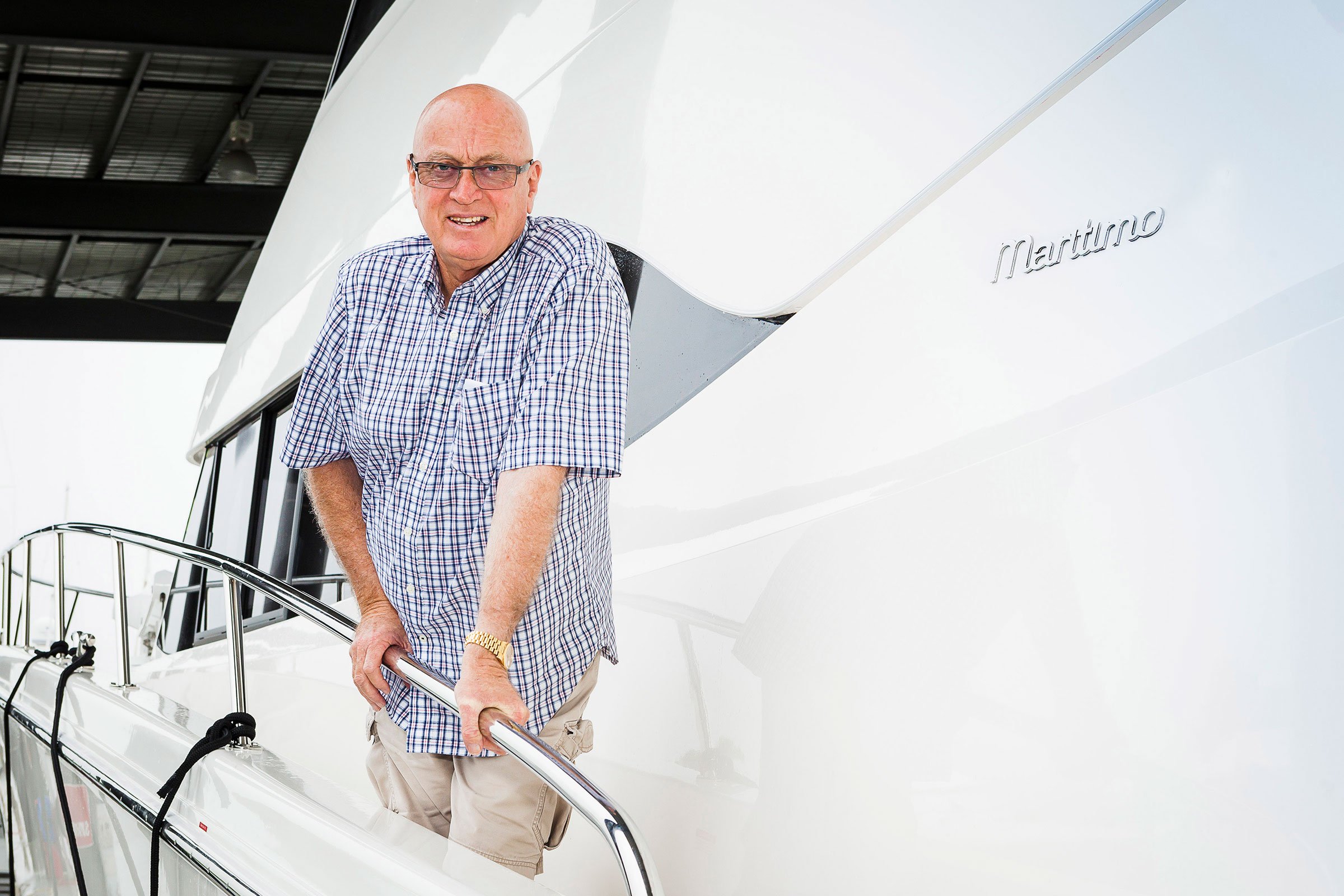 On the face of it there is not much similarity between the legendary Model T Ford automobile and the luxurious Maritimo motor yacht range.

However, the two are inextricably linked via the revolutionary manufacturing process created and adopted by Henry Ford, to create the American automotive powerhouse, and Maritimo founder Bill Barry-Cotter’s lifelong adoption of many of the core Ford manufacturing principles in his life and boat manufacturing businesses spanning 60 years in 2020.

So much so quotes of some of the key Ford business principles hold pride of place in framed prints in Bill’s office and elsewhere throughout the Maritimo Gold Coast Australian headquarters.

Ford’s primary focus on ‘ creating the best possible product’ is the cornerstone of the Bill Barry-Cotter manufacturing ethos.

One of the key Ford manufacturing mantras was to ‘relentlessly pursue manufacturing methods that eliminate waste and assist employees to work more efficiently by helping them work smarter not harder’.

“Ford pioneered lean manufacturing and one of his key principles was not to introduce change into the process unless it was clearly shown that it would improve the product and could be done so more cost efficiently,” said Bill.

“I have learnt so many times in my career that it is best not to initiate change until you can meet those two key criteria.”

Starting as an apprentice boat builder in Sydney Australia in 1960 he says one of the keys to success in life is to find something you like doing and then stick at it and work hard.

With more than 5000 vessels to his credit Maritimo’s founder still enjoys the challenges that are thrown up daily in an operation the size and scale of his company and relishes the opportunity to come to the factory virtually daily.

While Maritimo’s day to day operations are controlled by a senior management team, which includes Bill’s youngest son Tom, the patriarch enjoys and is motivated by the desire to build better boats smarter at every level.

“We continually strive to improve and enhance our various models and our manufacturing methods on a daily basis and even if the gains are only small on the face of it they all add together to deliver significant improvements overall,” he said.

He said sector changing innovations, such as those created in the Maritimo X Series with its aft beach club design, and leading edge environmental gains achieved through state of the art factories, which virtually create their own enclosed environment, are just some of the more recent examples of Maritimo leading the world.

Just as Henry Ford’s philosophies more than 100 years ago led to the creation of Ford, and many also say paved the way for the Toyota manufacturing model internationally, Maritimo is an industry leader led by a man never content with the status quo or being told ‘you can’t do it that way’.

“Ford always pushed the envelope and he is universally recognised as the man who pioneered the American automotive sector and brought prosperity to millions of people,” said Bill.

“If we can mirror his success in even a small way we will have achieved greatness and our people and customers will be the beneficiaries .”

For more information or to contact your BMS Consultant, visit BMS Sanctuary Cove.