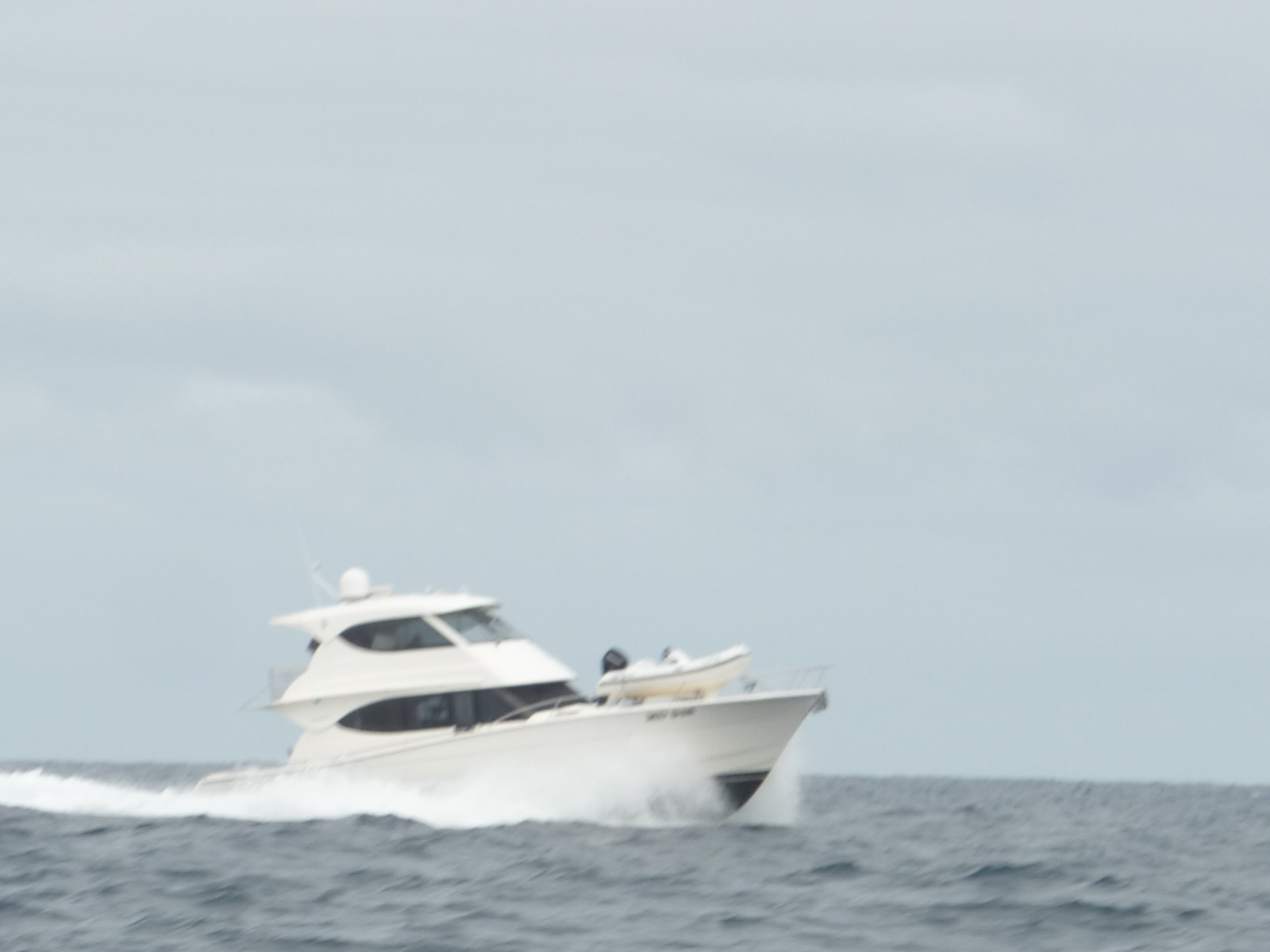 Melbourne Maritimo owner Ron Morgan’s only complaint about a recent trip from Port Phillip Bay to Tasmania was that his cray pots didn’t deliver.

Ron on his Maritimo M48 named “ Pearl “, joined with a group of nine other boaties headed from Melbourne to Tasmania, but with two pulling out along the way, a flotilla of seven made the round trip.

“It was a fantastic trip and despite some challenging conditions at times we had a great time and saw some incredible scenery,” he said.

Ron and his wife Kaye purchased their M48 six years ago and spent two months berthed at Marina Mirage and exploring the waters of the Gold Coast and Moreton Bay. After that they headed to the Whitsundays and spent five months cruising those waters before heading south and making their way back to Melbourne and their home at Martha Cove.

They arrived home in March 2009 and have spent most of their time since then cruising around Port Phillip Bay and further afield to Apollo Bay and Refuge Cove.

“I had always wanted to go across to Tasmania and when we heard that some people at the Sandringham Yacht Club were planning a trip with a number of boats we decided to join in,” he said.

“We went to Refuge Cove on the first day and got weathered in for two nights. “After that we headed to Deal Island which is about 50 nautical miles away. “The plan then was to go to Flinders Island, but an expectation of 35 knot westerlies put paid to that.

“Instead we headed to the top of the Tamar River and travelled to Beauty Point , roughly a six and a half hour trip, where we spent five nights at the Beauty Point Yacht Club. “We were looked after extremely well there and visited some nearby wineries and generally tripped around.

“From there we went further upstream to Launceston.”

Ron said the return trip saw them go back to Beauty Point and then on to Stanley. “We stayed for two nights at Stanley as it is a really beautiful spot, but unfortunately our registered cray pots failed to deliver,” he said.

“After Stanley we had a relatively short three and a half hour trip to Three Hummock Island where we overnighted in Telegraph Bay. “We had some luck there with the fishing and next day took off on the 150 nautical mile trip to the heads of Port Phillip Bay.”

Ron said his M48 performed brilliantly during the trip and despite some testing conditions ‘never missed a beat’. “When we left Sandringham there were nine boats including us and one other Maritimo, but one dropped out on the first leg to Refuge Bay and he turned back with another boat going along as an escort,” he said.

“We were away for a total of 13 days and we had waves in excess of two metres with a swell on top of that at times, but “Pearl” took it all in her stride.”

Ron said the M48 was a perfect boat for him and his wife as they can handle it with ease and it was ideal for cruising around Port Phillip Bay and the waters in and around Melbourne.

He said going on the cruise with other boats was very comforting and as one of the bigger boats had a professional skipper so the rest followed his lead and felt completely safe regardless of the conditions.

“We did not know many of the people before we undertook the trip, but we have made a lot of new friends and it was a great experience,” he said.

“The top of Tasmania around Three Hummock Island is really beautiful and it is not too far from Melbourne,” he said. “My neighbour is now talking about doing the trip so we will be heading down there again for sure.”

Ron said he had resisted the urge to go to recent boat shows as he didn’t trust himself when it came to a new boat purchase.

“I have heard the new M48 is a beautiful craft so I’m not allowing myself to go look,” he said. “Our current M48 is a tremendous boat so the new version must be some vessel.”