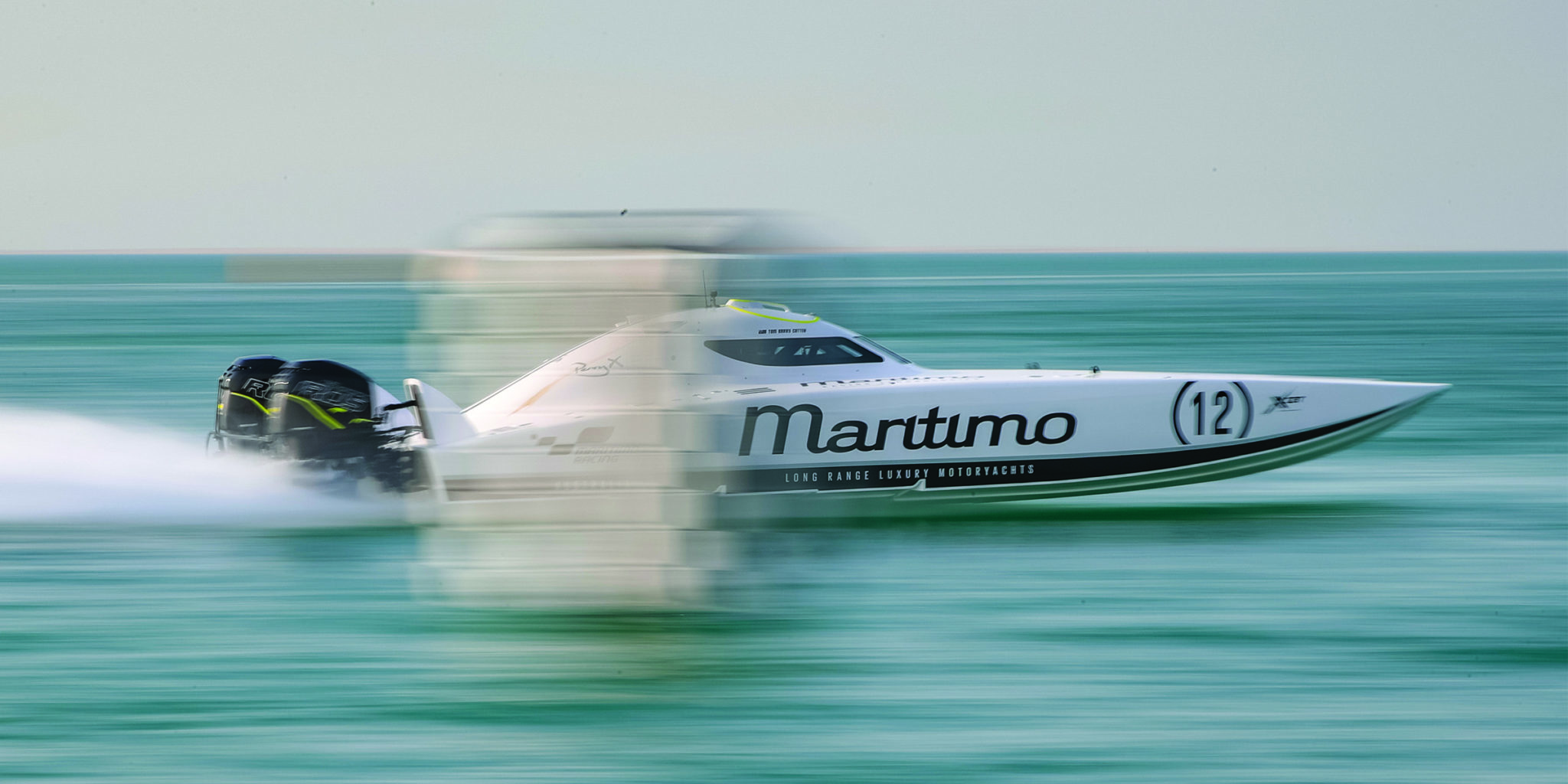 Australia’s luxury motor yacht manufacturer, Maritimo, is in a unique position internationally being the only yacht builder that has a world leading XCat race team competing on the international stage.

The fact that Maritimo Racing is the current UIM XCat World Champion speaks volumes for the skills and technological resources within Maritimo and the beneficiaries are ultimately the buyers of the company’s luxury motor yachts.

Learnings from the race team’s experiences on the international circuit flow through to the motor yacht production line in countless ways and this gives Maritimo an edge none of its competition can match.

“We were extremely proud to be able to bring that title back to Australia after only our second year competing in XCat,” said driver and team spokesman, Tom Barry-Cotter .

“To stand on the podium as world championship winners in 2019 was an incredible feeling.”

The knowledge gained through the racing division that ultimately feeds through to the production motor yachts enhances performance, design, engineering, fuel economy and overall usability.

Just as is the case with automotive giants involved in F1 such as Ferrari, McLaren and Mercedes Benz the benefits of experience gained at the very top level of competition find they way onto the automotive showroom floor and in Maritimo’s case onto the water.

Individual elements such as laminates, weight distribution, hull design, underwater fittings, dashboard design, instrumentation placement, hydraulic steering and (add others) are all linked back to knowledge gained through the racing experience.

He said Maritimo Racing is steeped in a proud history dating back to the early 1980’s when company founder Bill Barry-Cotter started to compete nationally and ultimately internationally.

The trophy wall at the company’s race team headquarters and manufacturing plant at Coomera on Queensland’s Gold Coast stands as testament to the successes achieved over many decades.

“As a race team we are competing against teams with very large budgets including State funded powerhouse teams from the UAE, but through sheer drive and determination we have been able to take on the best in the world and win,” said Barry-Cotter.

“The hunger and desire we have and the fact that our race boat is even better now than it was when we won the title will see that Maritimo is the one to beat when the series starts up again.”