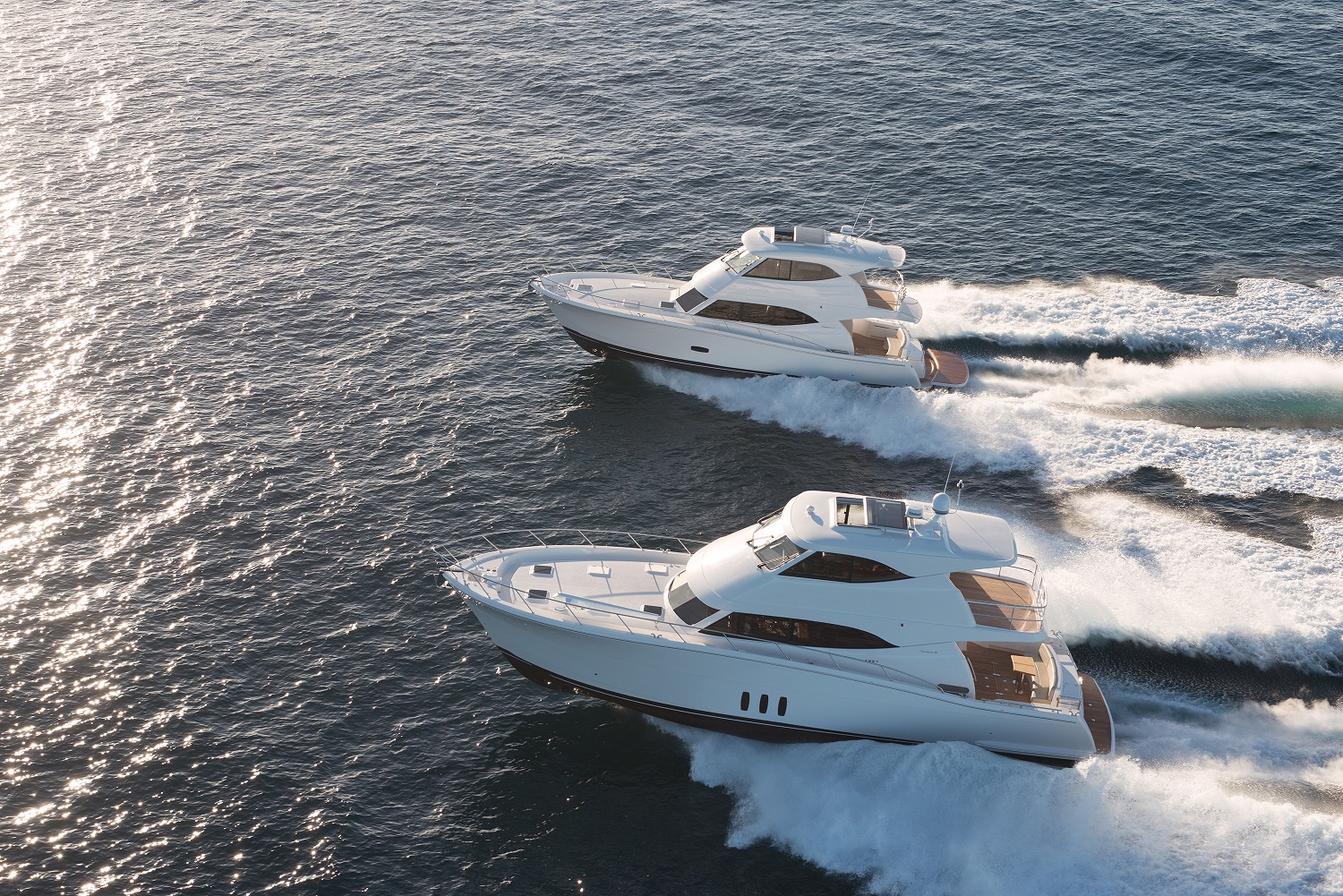 The Maritimo M59 is a three cabin, two bathroom vessel with a wide beam and large back opening lazerette similar to that on the larger Maritimo M64, and smaller M51 motor yacht.

The back of the boat opens up to a large storage space which is perfect for a tender and water toys.

The cockpit is accessed from both sides with openings to the hydraulic swim platform (optional). Because of the boat’s large beam the space is substantial. The 5.36 metre beam on the M59 is wider than the Maritimo M62.

The M59, along with the all new S59, will be showcased at Sanctuary Cove and is expected to attract a great deal of interest.

The 2017 Sanctuary Cove International Boat Show runs from May 25th to 28th and is the southern hemisphere’s premier marine event featuring world class marine displays within a contemporary and vibrant village atmosphere.

A unique destination, Sanctuary Cove’s restaurants and bars will overflow during the 4 days providing a carnival backdrop to an industry showpiece.

Each year upwards of 40,000 visitors attend the show immersing themselves in the 300 marine and luxury marques on display. Showcased in spectacular style at the world-famous Sanctuary Cove Resort on Queensland’s Gold Coast, 2017 will mark the 29th edition of what has become an industry standard bearer.

Located in the heart of the Marine Village Sanctuary Cove, BMS Maritimo is now front and centre for its own, year-round Sanctuary Cove boat show, showcasing $10 million in vessels right out front of its showroom.

The BMS premises at Sanctuary Cove is Maritimo’s main sales and marketing hub on the Gold Coast giving prospective purchasers an opportunity to experience all aspects of the brand and its range of models.