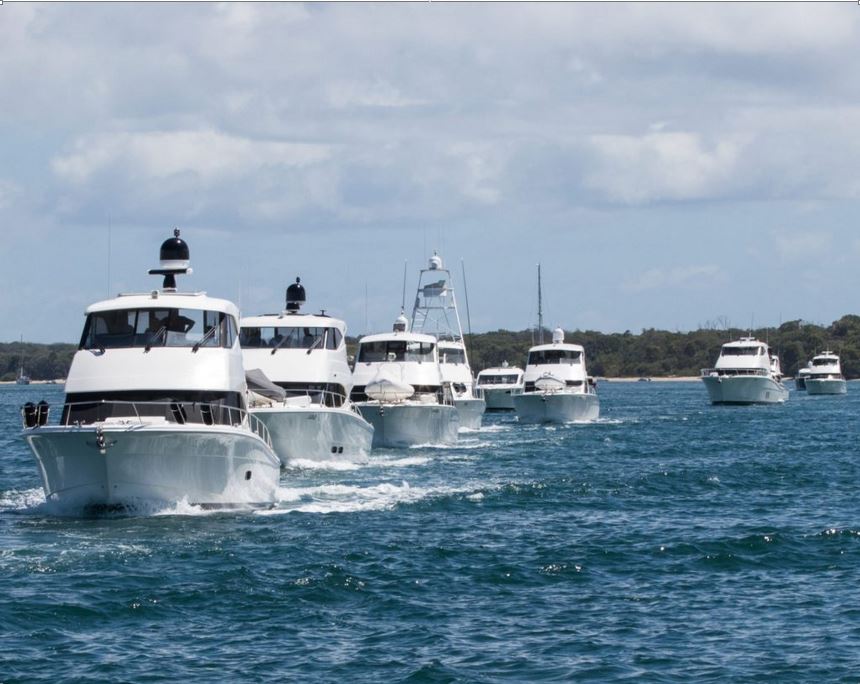 This year is set to be a very exciting and successful one for the award-winning Australian luxury motor yacht manufacturer, Maritimo.

On top of a very strong 2020 the coming 12 months is set to be extremely strong in terms of the number of new model world releases, new model announcements, further state-of-the-art facility upgrades, workforce expansions and new owners welcomed into the Maritimo family.

Maritimo finished 2020 on a very successful note with near record forward orders and a pre-Christmas delivery of over $13 million worth of new vessels shipped from the Port of Brisbane to excited owners across the globe.

The first highlight of the planned new model world releases in the first half of 2021 will be the unveiling of the highly anticipated M55 flybridge motor yacht which has already enjoyed worldwide sales success.

The M55 will be the star attraction at Maritimo’s on water display at the Sanctuary Cove International Boat Show in May.

Also highlighted at the Sanctuary Cove International Boat Show will be the world premiere of the S55 Sedan Motor Yacht.

“2021 will mark a momentous year for Maritimo, with as many as eight new model releases or announcements”, said Brand & Design Director, Tom Barry-Cotter.

“The extensive new model roll out has been in development behind the scenes since the beginning of last year, so we are beyond excited to announce each new model over the coming months”.

The first official announcement of one of the new models will come as early as March with the unveiling of an entirely new Offshore Motor Yacht Series.

“We have invested heavily in design and new model development over the past year and it is warming to see such positive feedback from our customer focused design approach, both in the new model response as well as the investment in pre-orders for these exciting new motor yachts,” he said.

Late last year Maritimo began ramping up its workforce expansion with a drive to recruit and develop the next generation of boat building craftspeople, after achieving unprecedented demand for vessels across the range.

Maritimo’s Operations Director, Phil Candler said that initiative has been very successful with Maritimo offering a career path that is unrivalled in its degree of diversity of skills training within the Australian boating industry.

Candler said: “Maritimo’s apprentices are multiple award winners year after year, and the new recruits would be mentored by some of the finest and most experienced craftspeople in the industry.”

Maritimo Racing’s world champion offshore powerboat division is set for plenty of competition in 2021, with announcements regarding calendars for the UIM XCAT World Championship and Australian Offshore Superboat Championships to come in following weeks.

“The upgrades will see Maritimo Racing move from its long-time adjacent headquarters into the heart of Maritimo’s facilities with a ‘Formula One Style’ Technology Centre and connecting Experience Centre,” said Barry-Cotter.

Integrated with the Maritimo Technology Centre via an overhead observatory will be a Maritimo Experience Centre, conference centre, design studio and additional working office space.

“These incredible new facilities will elevate the experience of owning a Maritimo, and give us an amazing future platform for large scale indoor owner events, staff events, new model releases and more,” he said.

“Our uncompromising commitment to continually strive for excellence and improvement in everything we do is not something we just pay lip service to, it is the very core of our corporate ethos.

“We strive to be the best we can be on a daily basis.”

For further information go to BMS