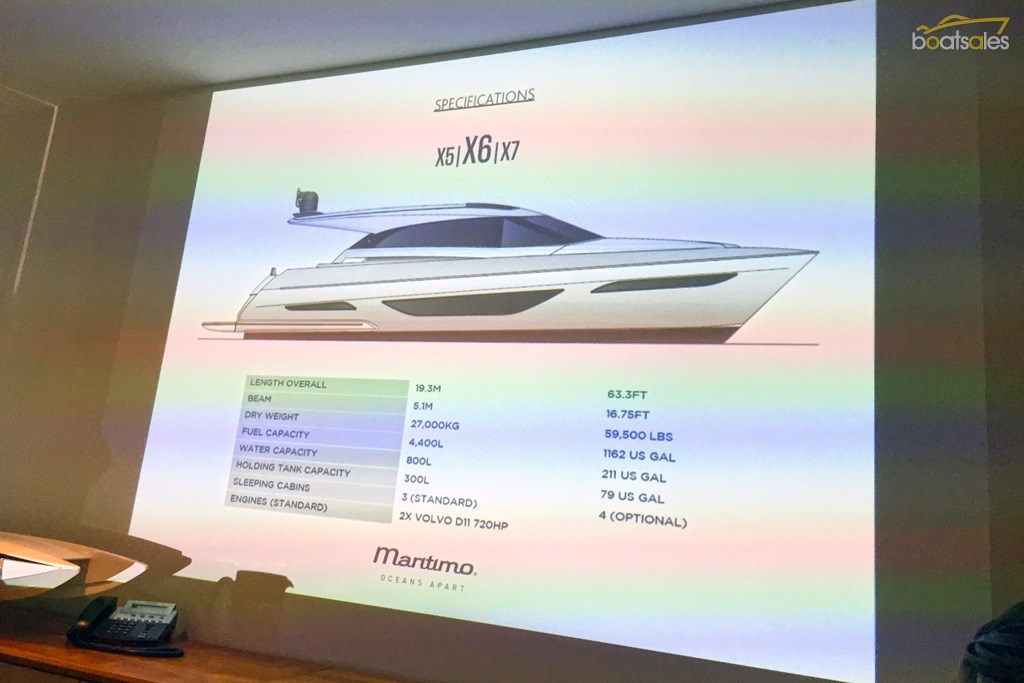 Hot off the press, we can announce the plans for an all new Maritimo X Series, featuring a massive signature stern ‘cabana’.

Maritimo bought out boutique luxury-boat start-up Elandra in June, 2016.  They will now lay the brand name to rest, but the the luxury designs are being reworked and enhanced to bring about X series.

The X-Series will be rolled out over the next few years, and will include an X5, an X6, and an X7. The nomenclature alludes to the boat’s sizes of 50ft, 60ft and 70ft.

These three new X Series models incorporate the Elandra DNA but will be reworked for a better fit into the production processes at Maritimo on the Gold Coast. 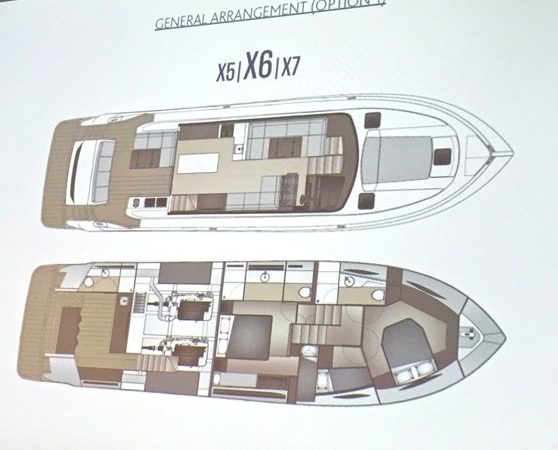 Due for release in late 2017 amid a raft of six new Maritimo models, the first new X6 is based on the foundation of the Elandra 53. But the hull tunnels have been removed, the stem and entry has gained more rake, and 1.4m of hull length or running surface has been added to the boat.

While the accommodation plan remains pretty much the same, the whole aft section of the boat where the hull has been extended has become an immense new cabin or ‘cabana’.

With full headroom and room for a dozen people with the lid or transom boot raised, and a big hydraulic platform to come, the cabana can serve as a beach club, watersports hub, a waterfront bar, entertaining hub, stateroom with island bed, tender garage and/or crew quarters, laundry and so on.

The aft cabana will be the point of difference for Maritimo’s new X Series and the boatbuilder, and is a real game changer

The new X Series is a result of its most extensive customer focus and feedback from its ongoing development program.
Volvo Penta 725hp D11 engines with shaft drives are standard power on the X6, but most boats will probably fit the 800hp variant. 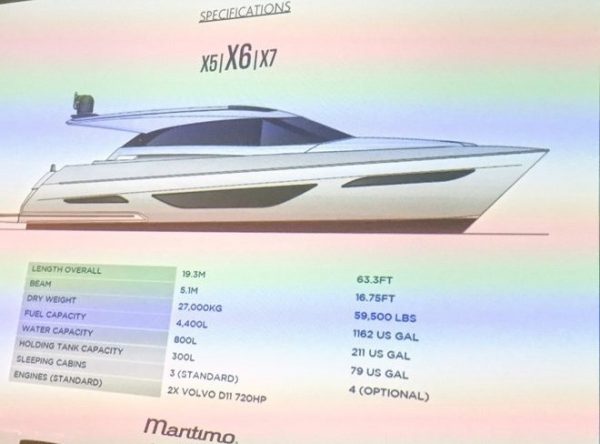 Expect to hear more from us on the new X Series in 2017.  In the meantime, contact the team at BMS for more information.